Delegation of LISMA was received by the President of Burundi

The head of state of Burundi, Pierre Nkurunziza, received the chairman of the Board of Directors of the Russian-African lighting company TLLINNO (a subsidiary of LISMA factory) Igor Konstantinov at his residence in Bujumbura.

The reason for the meeting was the implementation of the agreements reached at the Russia-Africa Summit and Economic Forum. We recall that in October a memorandum was signed in Sochi, envisaging the creation of a glass container production in Burundi and the organization of a new association called Delta Glass Africa (DGA). According to preliminary estimates, the capacity of the enterprise will be about 30 tons of glass products per day; investment volume - $ 15 million. Investors will be the banking and business structures of Burundi.

Igor Konstantinov spoke about the progress of the project, which is now at the stage of development of the roadmap; about further plans for TLLINNO lighting production, in particular, it was about purchasing the second stage of equipment from LISMA for the production of new light sources. This will significantly increase lamp production in Africa. He also expressed his gratitude for the continued support provided at all levels of government in Burundi.

Pierre Nkurunziza noted the positive dynamics of cooperation and emphasized that, in the person of Russian partners, their country found reliable like-minded people in developing industrial potential and strengthening the economy of Burundi. The President praised the activities of TLLINNO and expressed confidence that the company's products will soon take a leading position in the East African market. Pierre Nkurunziza added that he had high hopes for a new project for the production of glass containers, which would bring cooperation with Russia to a new level.

At the end of the meeting, Igor Konstantinov announced that as one of the measures for the development of further cooperation, TLLINNO will donate 10,000 lamps for schools and hospitals in Burundi. This gift was received with great appreciation.

The joint Russian-African lighting company TLLINNO (Tanganyika Lisma Lighting Innovation) was opened in Bujumbura (capital of the Republic of Burundi, East Africa) in March 2018. Specialization - production of lighting products for the domestic market and export to East Africa. Burundi investors currently own 75%, LISMA 25%. 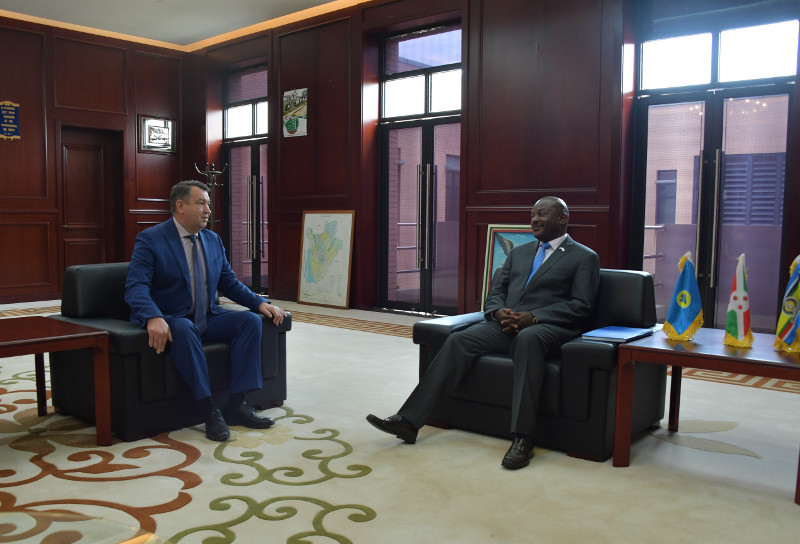